Skip to main content
TIH API v2 Updates - A new version for all TIH APIs is now available and its older API versions will be deprecated in 2023. Click on the "News" tab for more information. 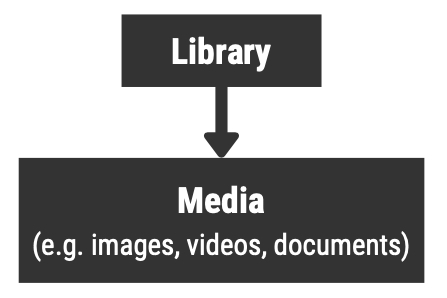 When a Library is deleted, the Media within the Library would also be deleted. It is recommended to limit to 1 Media per Library.

Following the entity relationship between Library and Media, you must create a library prior to creating the media assets. The steps can be seen in the following diagram.

To create the metadata of 3D model, you can use the Create Images API and specify the parameter mediaType to "image" in the request JSON body.

Every media file, from images to videos, is represented by metadata. The metadata is in the form of a JSON object with a set of attributes that provide information about the file. In each metadata, you will find a unique ID (UUID) to reference to the media file.

To download the compressed library containing 3D model file, the steps are:

To get started, you will need an API key. Learn how to get an API key.

Tap into a comprehensive database of Singapore's tourism-related images, videos and 3D models.

Market your latest products and experiences by contributing images, videos and 3D models.